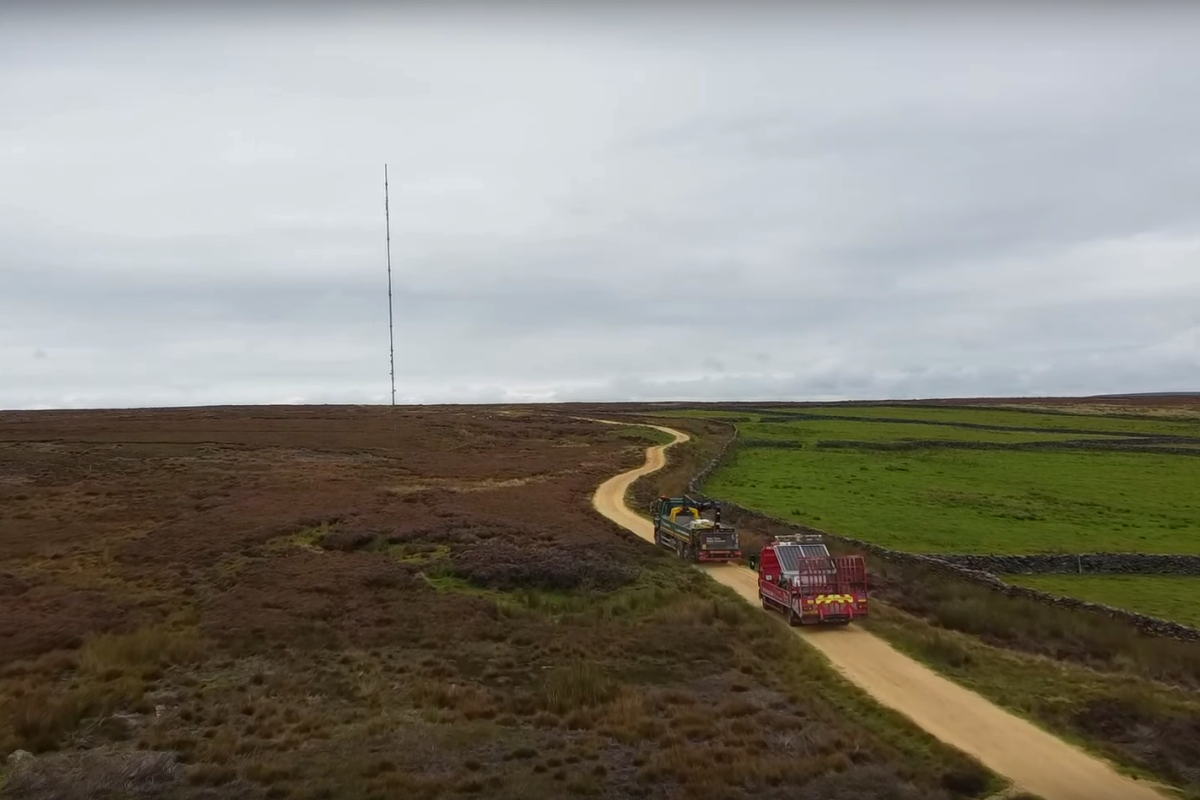 Materials will be flow in by helicopter next week.

Arqiva, the company responsible for the Bilsdale TV mast damaged by fire in August has confirmed that work has commenced to build a temporary mast at its Bilsdale site.

A team of around 100 people began construction work at Bilsdale yesterday with materials being transported into place and ground preparation began for the mast’s installation. The team are working at pace to clear the site and put foundations in place for the ground-based transmission equipment. Next week it's expected that helicopters will fly in the large concrete sections needed to build the replacement mast.

Once operational, the 80m-high temporary mast is expected to provide Freeview TV signals to an area covering over 90% of households which were served by the existing Bilsdale mast, which was damaged by fire on August 10.

The clearance includes excavating heather after which the area will be re-seeded. Stone used on site has also had to be specially selected to ensure the right levels of acidity for the surrounding environment.

Arqiva says it's priority now is working with organisations across the affected area including local councils, housing associations and charities to reach and support those who may remain without signal following the mast build, and to prioritise the most vulnerable people affected.

“We are working 24/7 to restore services to as many people as possible across the North-East and North Yorkshire. This is complex work, involving multiple agencies and highly skilled teams. We are fully committed to the task at hand.”