Changes Proposed for Fire and Rescue Service in Scarborough 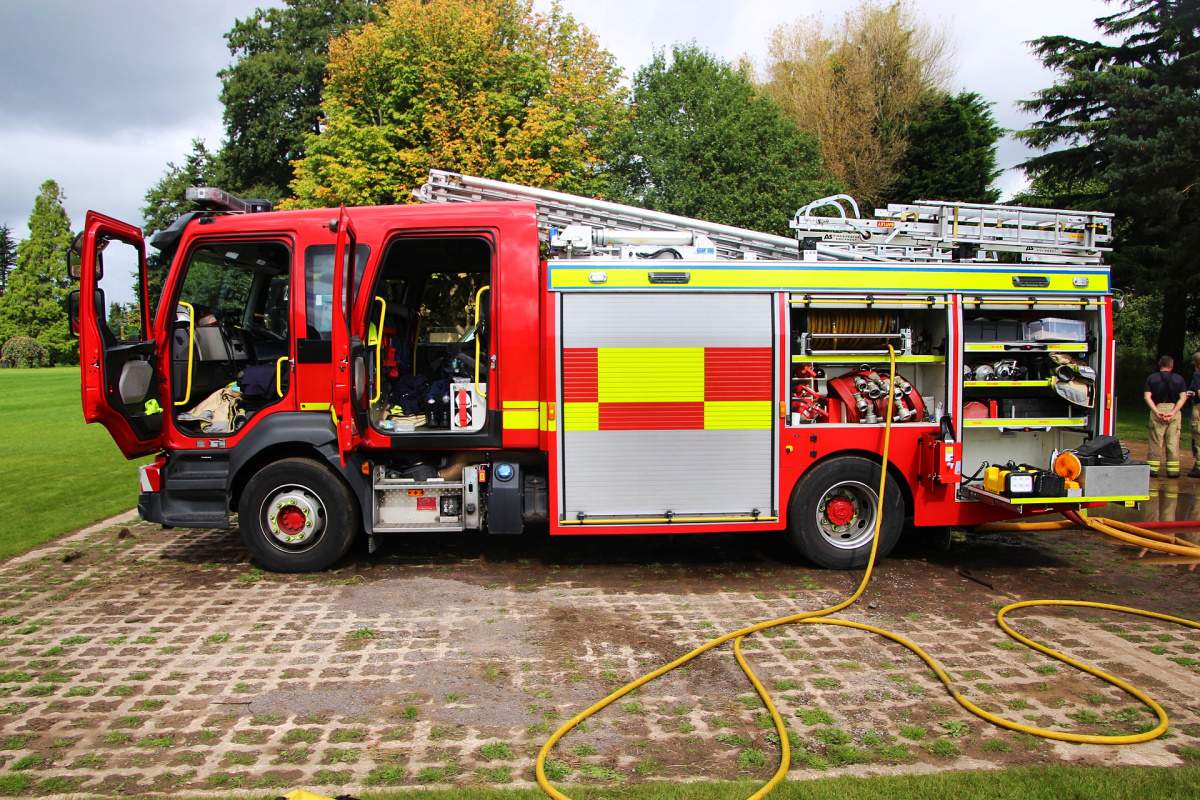 The town could get a better second fire engine but only during the day.

But the new second engine would only be crewed during the day.

Under the proposals Scarborough Fire Station could see it's lower spec Tactical Response Fire Engine replaced with a higher spec engine that can respond to more types of emergency.

Jonathan Foster says the TRF engines will be redeployed.

In the Scarborough area the Fire service say there is higher demand for services during daytime hours than at night, and the proposed change of fire engine would offer increased ability to respond during daytime hours, as well as boost resilience more widely.

Alongside the full-time fire engine, which would continue to respond 24 hours per day, the Tactical Response fire engines at each station, which are available day and night but can only respond to certain emergencies, would be swapped with Emergency Rescue fire engines which can respond to all emergencies. These would be crewed during the day only, which is when most emergencies happen, and a small number of full-time firefighters from each station that would have crewed the Tactical Response fire engine overnight would be redeployed to other stations or roles, including prevention roles.

Fire and Rescue personnel across North Yorkshire and York have been engaged by the Service on these proposals over the last two weeks and have been reassured that whilst some roles may be redeployed, everyone would remain employed and continue to fulfil what is needed to keep their community safe and feeling safe.

North Yorkshire Police, Fire and Crime Commissioner Zoë Metcalfe, has now launched a three-month consultation to listen the public’s views on the proposed changes to fire and rescue services ahead of making her final decisions.

North Yorkshire Fire and Rescue Service has a balanced budget, so the proposed changes are not a way to cut costs, but instead are an opportunity to invest in vital areas identified by the public as priorities – such as improving the availability of on-call fire engines in our rural areas, and increasing prevention and protection work across the county and city.

With fire-related incidents making up a smaller proportion of what the Service responds to overall, the proposals include significantly increasing and improving prevention and protection work relating to fire, road and water safety to stop harm happening in the first place, managing response to low-risk automatic fire alarms, introducing a new specialist water rescue capability in Craven, and introducing emergency response principles that make it clearer what the public can expect when making an emergency call.

“It’s my job to set the direction of North Yorkshire Fire and Rescue service and therefore consider these proposals and make a decision. Before I do that, I want to know what the public think and I therefore encourage people to come along to one of my consultation events this summer to speak with myself or a member of my team, and to complete the online questionnaire.

“The role of a Fire and Rescue Service has changed and continues to change, with only 26% of our incidents last year relating to a fire emergency. We want to ensure we are addressing our current and future challenges and that we have the capacity to prevent and protect to stop incidents happening in the first place and prevent harm before it can take place, while also having the capacity to respond to emergencies when they do take place. We are confident these proposals would do that.

“Inevitably, there are some areas where the setup of the Service would change but I’m confident the right people, right equipment and the right support would continue to be available to everyone.”

Further information on the proposals, details on local consultation events and a link to complete the questionnaire can be found at https://www.northyorkshire-pfcc.gov.uk/rrm/