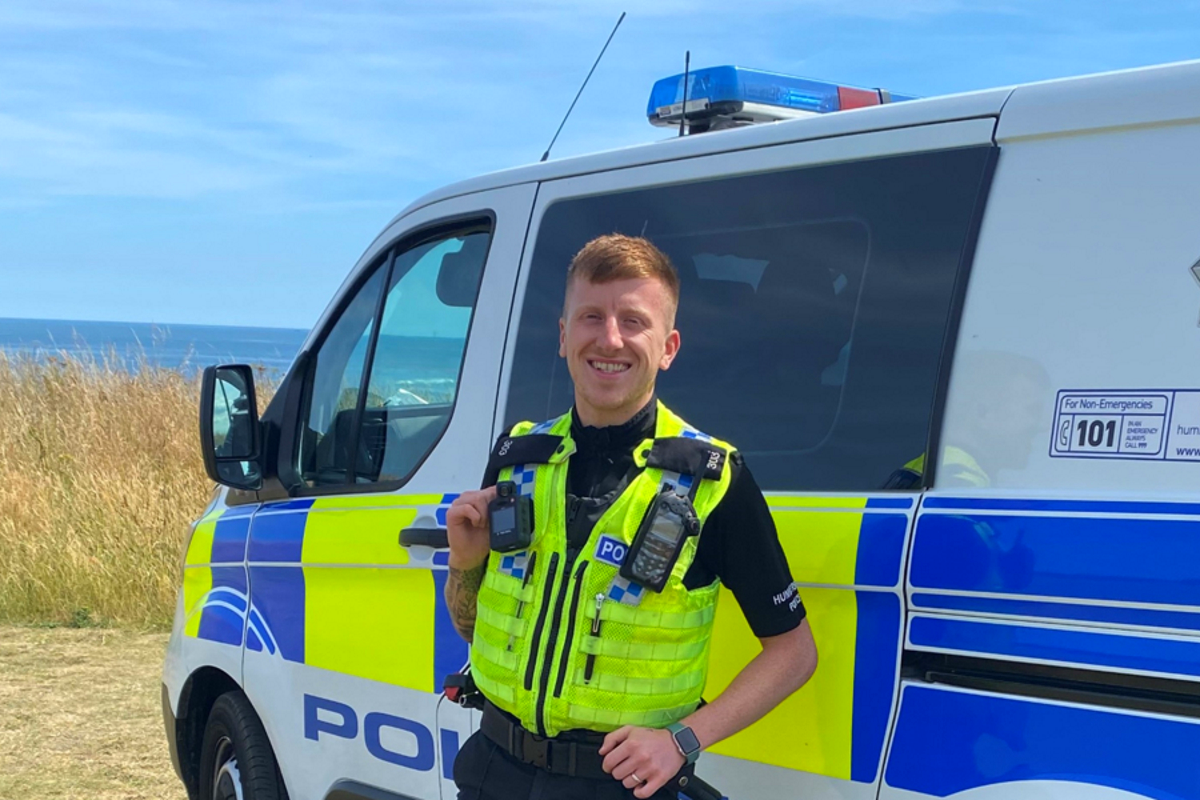 Bridlington based police patrol and response officer, Josh Beasley-Hall, will have the huge honour to be one of those to carry the baton in The Queen’s Baton Relay when it is on the Yorkshire Coast on Wednesday.

Josh, 25, has been a campaigner to raise awareness of Huntington’s disease and has been nominated by the Huntington’s Disease charity to carry the baton.

When Josh was just 10 years old, he lost his mum to the disease which brought absolute devastation to his family.

Huntington’s disease is a condition that stops part of the brain working properly over time and is passed on from a person’s parents.

Josh was diagnosed with the disease himself at 18 and has raised a huge amount of money and continues to try and make people more aware of the disease and its devastating effects.

“I am really honoured to have been nominated by the Huntington’s Disease charity and I am very proud to carry the baton as it makes its way to the Commonwealth Games in Birmingham.

“Only 2022 people have the honour of carrying the baton and to be chosen is a real privilege.”

The Queen’s Baton Relay is in Yorkshire throughout the day on Wednesday (July 13th) and arrives on the Yorkshire Coast in the afternoon. Josh will be carrying the baton at 2pm in Scarborough. He’s not running in his uniform but in the official batonbearers kit.

Thankfully Josh has no symptoms currently and is living his best life as a police officer.  Josh continued:

“I know the disease could affect me at any time so I’m making the most of life to raise awareness and fund raise for Huntington Disease research, in the hope that a cure can be found, with any luck in my lifetime.”

There is more information about Huntington’s Disease at website https://www.hda.org.uk/huntingtons-disease