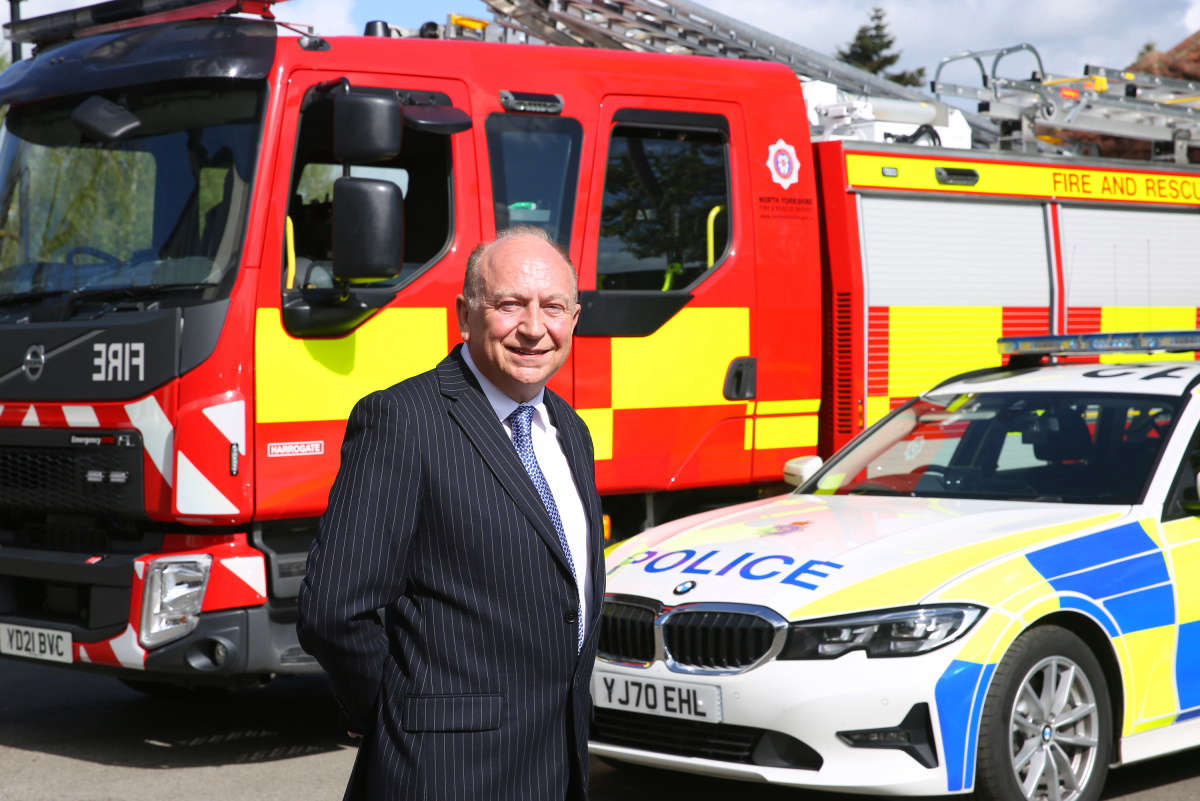 The commissioner has issued an open letter after a vote of no confidence this morning.

“Over the past two weeks I have tried to rebuild trust and confidence in my work as York and North Yorkshire’s Police, Fire and Crime Commissioner.  I needed to do that following comments I made on an interview with Radio York regarding the horrific abduction, rape and murder of Sarah Everard.

I need to be clear.  I apologise unreservedly for my remarks.  They do not reflect my views.  I misspoke and I am devastated at the effect that this has had on victims of crime and the groups that support them. I have tried to say this again and again but I recognise that what I have said has not always been heard as I intended.

I had hoped I could rebuild trust, to restore confidence.  I was pleased that so many victims groups had accepted that I was genuinely sorry and were willing to work with me to help me in the mammoth task I had ahead.

Following this morning’s meeting of the Police and Crime Panel it seems clear to me that the task will be exceptionally difficult, if it is possible at all.  It would take a long time and a lot of resources of my office and the many groups who do excellent work supporting victims.

This is time victims do not have.  There are women and girls in York and North Yorkshire today suffering at the hands of men.  Victims and the groups who support them need to be heard.  They cannot be heard if the airwaves are filled with discussion about my future.

That is why I am doing the honourable thing and resigning as Police, Fire and Crime Commissioner – to restore confidence in the office which I believe will be almost impossible for me to do, and to enable victims’ voices to be heard clearly without the distraction of the continued furore which surrounds me.

I entered public life because I wanted to make a difference.  I still do.  So, I am committing myself to doing all I can as a private individual to support victims groups.  The pledge I made as Police, Fire and Crime Commissioner was genuine.  It is one I will keep.

I would like to thank my office and especially my Chief Executive for his help and support, especially during the last two weeks which has been a challenging time for everyone at the OPFCC.

Whoever the new Police, Fire and Crime Commissioner will be I wish them every success in what is one of the most demanding but rewarding jobs in the UK.”

Further announcements will be made by the Panel in due course.

“In the meantime, the staff of the Office of the Police, Fire and Crime Commissioner for North Yorkshire and York will continue to work to protect communities, support victims and keep residents safe and feeling safe.”

In accordance with the Police Reform and Social Responsibility Act 2011, a by-election will take place. This will be organised by the North Yorkshire Police Area Returning Officer.

North Yorkshire's Police and Crime panel which had earlier in the day passed the motion of no confidence in Mr Allott has this evening issued a statement following the Commissioners resignation.

On behalf of the panel, chair Cllr Carl Les said:

“The views of the panel members were made extremely clear today and the vote of no confidence in the commissioner, following his remarks about the tragic murder of Sarah Everard, was unanimous.

“It is our job to provide oversight for this extremely important role and, while we did not have the power to remove the Commissioner, we believed there was a lack of trust and confidence in him that made his position untenable and he should go.

“We welcome the fact that the views of the panel have been taken on board and that Mr Allott has listened to the public and the vast majority of his staff.

“We will convene a special meeting of the panel to appoint an interim Police, Fire & Crime Commissioner for North Yorkshire, while arrangements are put in place for the election of a new Commissioner at the appropriate time.

“We hope the news of Mr Allott’s resignation means the focus looking ahead will be on the needs of victims of crime and specifically initiatives which will help all women and young girls to be safe and protected here and across the country.”