196 Missions for Humberside Search and Rescue Helicopter in Last Year 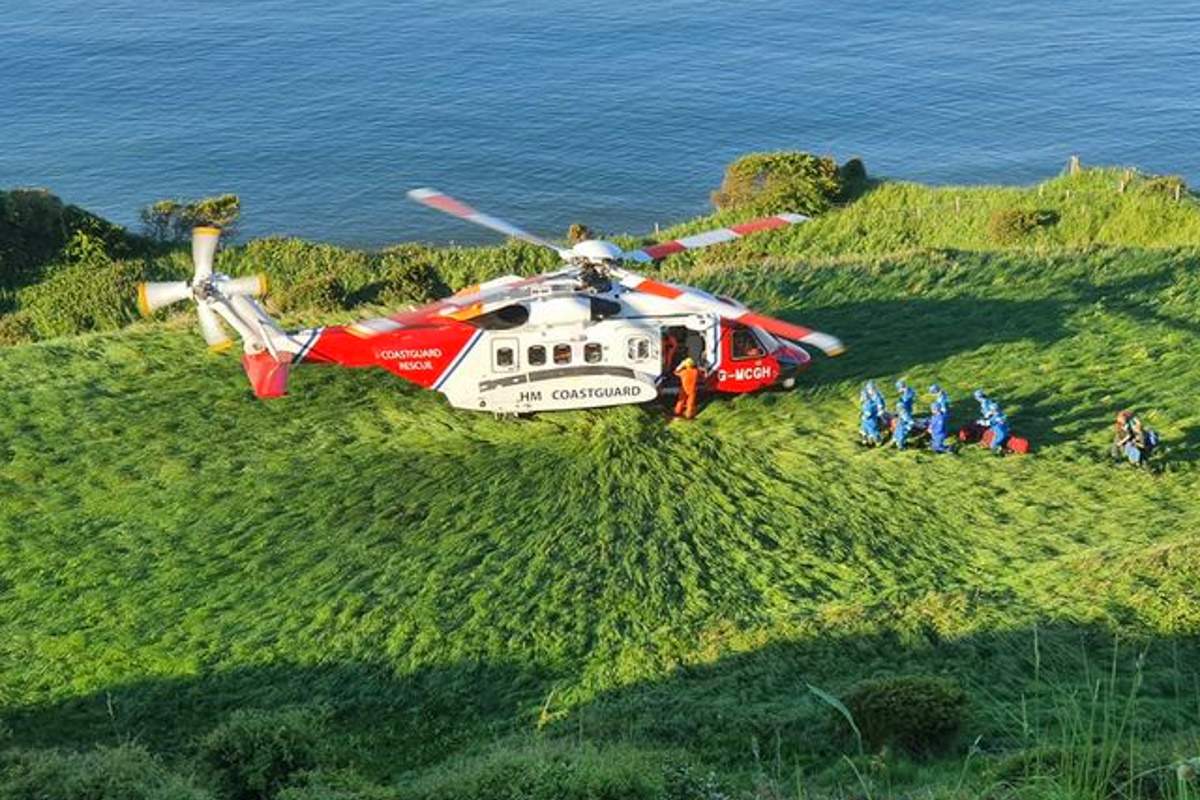 Statistics on civilian search and rescue helicopter activity for 2021/22 have been revealed.

On average, SAR helicopters across the UK responded to 8 taskings a day during the year ending March 2022.

1,608 people were rescued and 397 assisted by SAR helicopters across all taskings during the year. This is an increase of 34% and 71% respectively on the year ending March 2021.

In the year ending March 2021, SARH taskings were initially lower than previous years in April (64 taskings), when the UK-wide lockdown in response to the coronavirus pandemic was applied, and increased to near previous levels between May and June.

August recorded the second highest monthly volume of SARH taskings on record (365 taskings) – attributable to an increase in beach taskings following lockdown easing. This may be related to summer 2020 travel behaviour and preference for domestic holidays in response to the coronavirus pandemic. Winter trends from November 2020 to February 2021 were in line with previous years 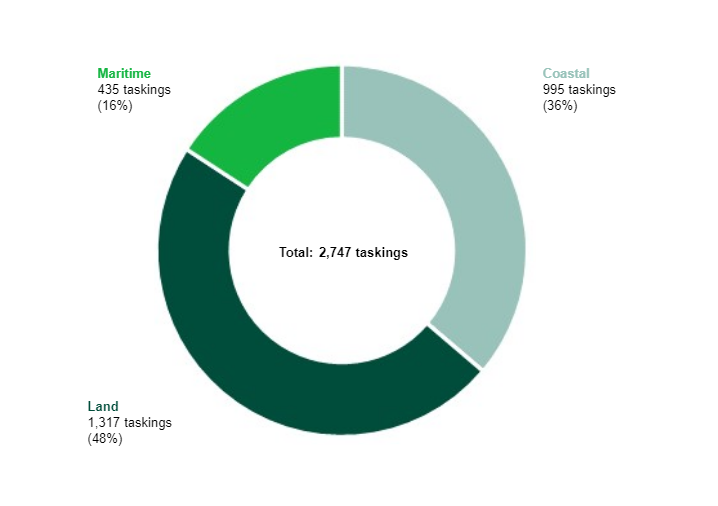 There are currently 10 civilian search and rescue bases open in the UK, Prestwick base was the busiest of the 10 bases, responding to 463 taskings, the Humberside helicopter was called out to 196 tasks over the year. 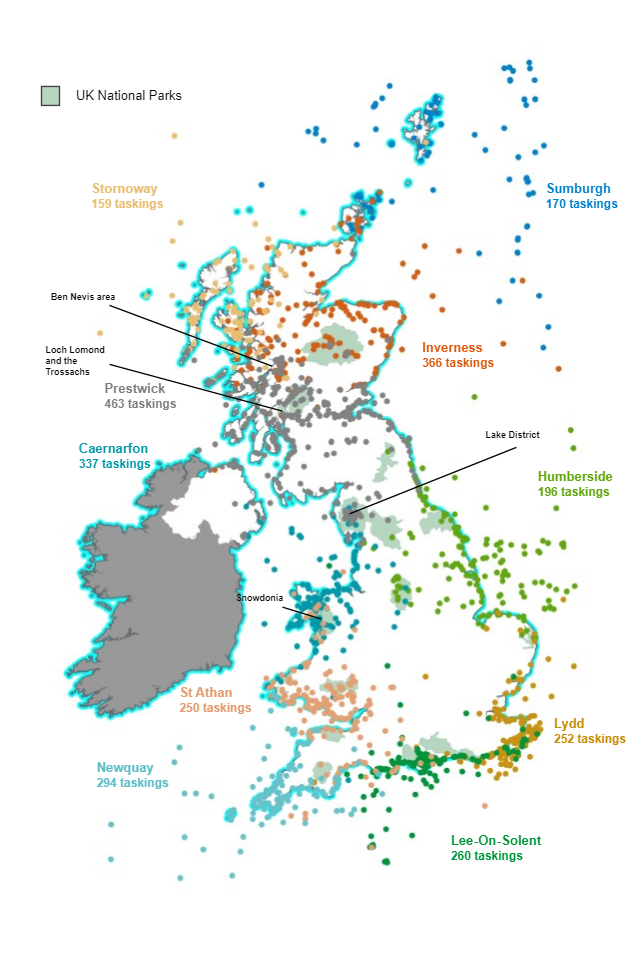 This release covers civilian search and rescue helicopter operations in the UK, for all 10 current bases. In April 2015, the operational phase of a new contract to operate civilian search and rescue helicopter services in the UK, managed by the Maritime and Coastguard Agency, commenced. These new arrangements took over from the previous mixture of military and coastguard SARH services.