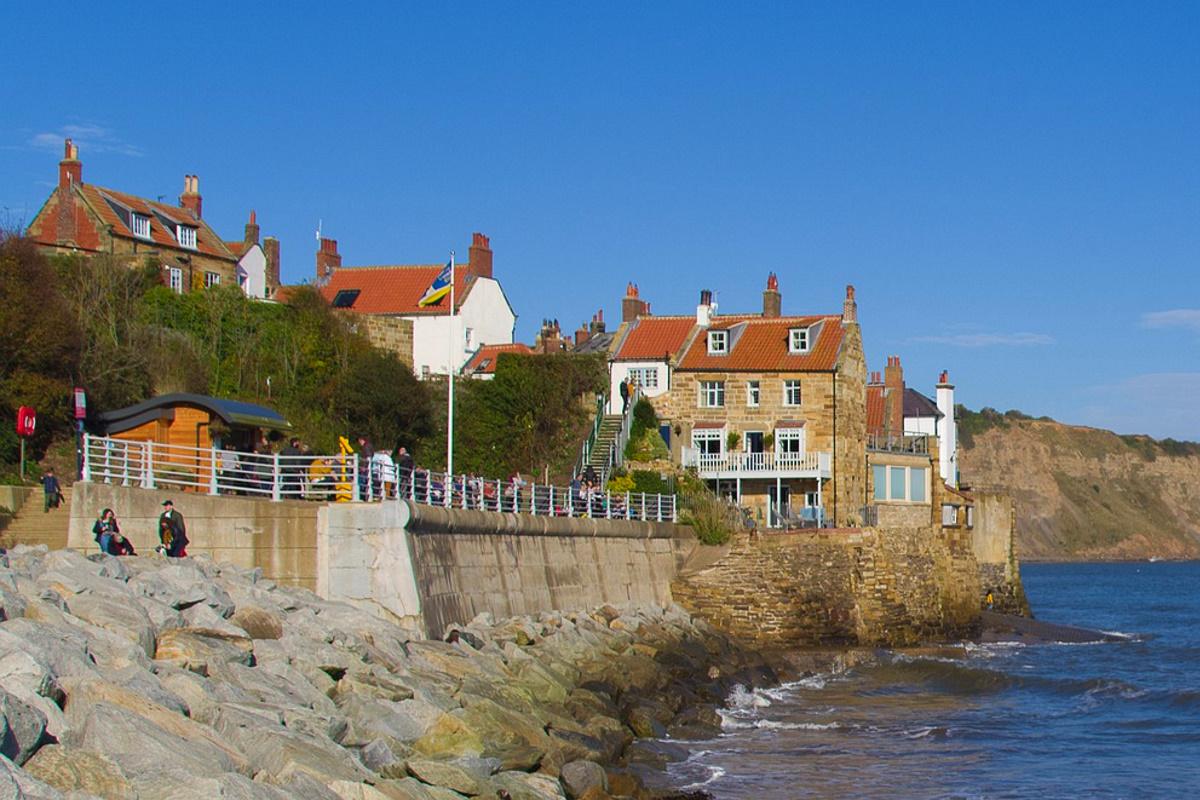 £1.6m is to be spent repairing the sea wall at Robin Hood's Bay.

£850k of funding has been approved for repair work to the sea wall defences in Robin Hood's bay.

The Borough Council's Cabinet approved the money this week, which is in addition to £750,000 already secured from other sources.

Michelle Donohue-Moncrieff, is the cabinet member for environment and sustainability. Michelle says the project is vitally important.

The project will see major work to the council owned wall which is nearing the end of it's useful life.

The report presented to the  Cabinet this week said:

The Robin Hoods Bay Seawall Capital Maintenance Scheme is a project aimed to better protect 186 properties from coastal erosion over the next 100 years. The works are planned to be undertaken on the Council’s tallest seawall which measures 160m in length and 14m in height. The project has been split into five phases with the aim of increasing the service life of the current coastal defence asset for an additional 50 years before a major new multimillion pound seawall is needed to be constructed. This results in phased interventions every 10 years, with this report reflecting phase 1. The current seawall has outperformed its design life and is now in need of urgent investment to continue to perform its function.

Chris Bourne is the Borough Councils Project Manager he says it wont be any easy project.

The seawall is located at the western section of Robin Hood’s Bay and is comprised of a reinforced concrete face (columns and panels) backed by a mass concrete fill.

The report to councillors said that

the seawall is currently in a poor condition. There is significant corrosion, cracking, and spalling of the concrete, which in the short term poses a health and safety risk to users of the beach below from concrete falling from the wall surface. Given the age and exposure of the wall, the concrete exhibits very high chloride content therefore corrosion will continue. Spalling also risks exposing the underlying mass concrete, which is assumed to be the main structural element. Damage to this or the rock anchors (if present) could risk structural failure of the wall and erosion of the underlying cliff face.

Councillor Jane Mortimer says the borough council funding is essential, otherwise the money already promised by other bodies like the Environment Agency would be lost.

In an unusual move the local parish council is committing £50k to the project. Councillor Michelle Donohue-Moncrieff says that shows the level of local belief in the importance of the project.

Between 1780 and 1974 (prior to when the new seawall was built) over 200 properties were lost to the sea which threatened the survival of the village. A total of 40 properties are currently at risk within the next 50 years should the seawall fail.