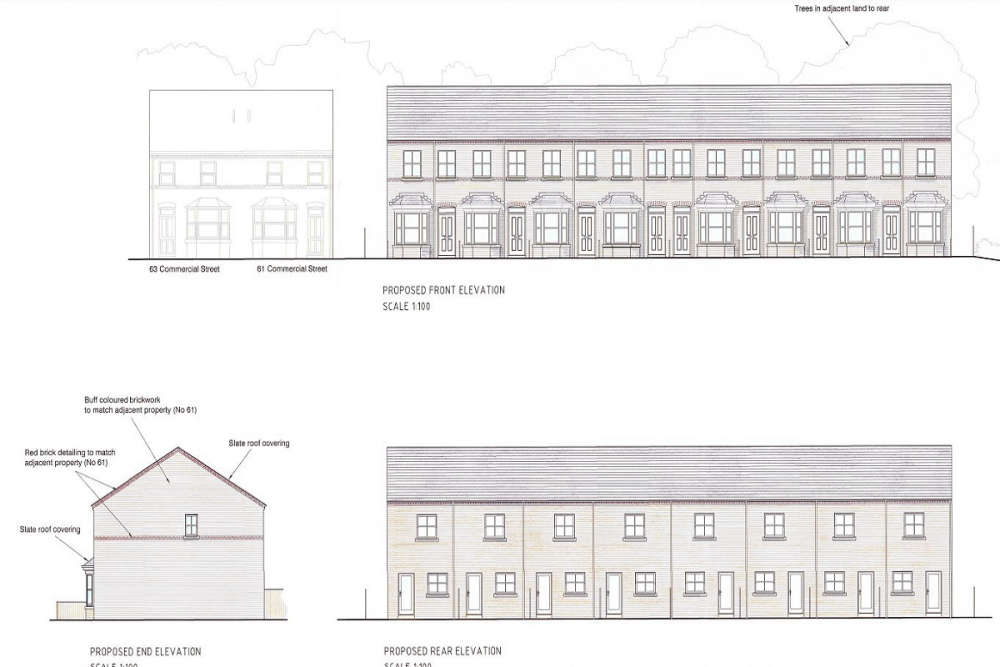 Scarborough Council has approved the demolition of three asbestos buildings to make way for a terrace of eight new flats.

Approval for the demolition of three post-war asbestos bungalows to make way for a new terrace of flats was given by the planning and development committee at its meeting on Thursday.

“I can understand the three bungalows need to go, it’s asbestos and they were probably built just after the war.”

Regarding the proposal for the new buildings, she asked:

“They are fairly tight together, what is the floor space like inside, is it up to the national level?

“I think it is important we ask that question because if we are not careful we are building something that eventually, may even have to be taken down because they do not meet that standard.”

Responding to her question, a council officer said:

“I did mean to mention it during the presentation, but they are in compliance with nationally prescribed space standards, so they are of a reasonable size.”

Although a council report deemed the bungalows to be unfit for habitation, a council officer said that two of the properties were currently occupied while one was vacant.

The proposal received four objections from members of the public with various concerns about the development.

One affected resident wrote to the council to say:

“I object strongly to this development. The prefabs are of cultural significance to the street which is of mixed housing.

“They represent the history of the street. The street is busy and limited for parking as it is. Mostly I object to the disturbance which will involve noise, dirt, and rats. I also have concerns about asbestos.

At the meeting, Cllr Phil Kershaw said made a suggestion regarding the history of the street:

“These bungalows were built after the bombing of Commercial Street and in that bombing, four women and three children were killed where those bungalows are.

“I just wondered if we could stipulate that some kind of recognition for that on the site, such as a plaque?”

A council officer replied that though the council could not require the developer to include such a commemoration “we could alert them and raise the issue”.

Cllr Roberta Swiers called for the motion to be passed, stating:

“When you look at the rest of Commercial Street, they are all like this and I think this [new development] will improve it.”

The council’s planning committee passed the proposal granting permission for the demolition and development to proceed.