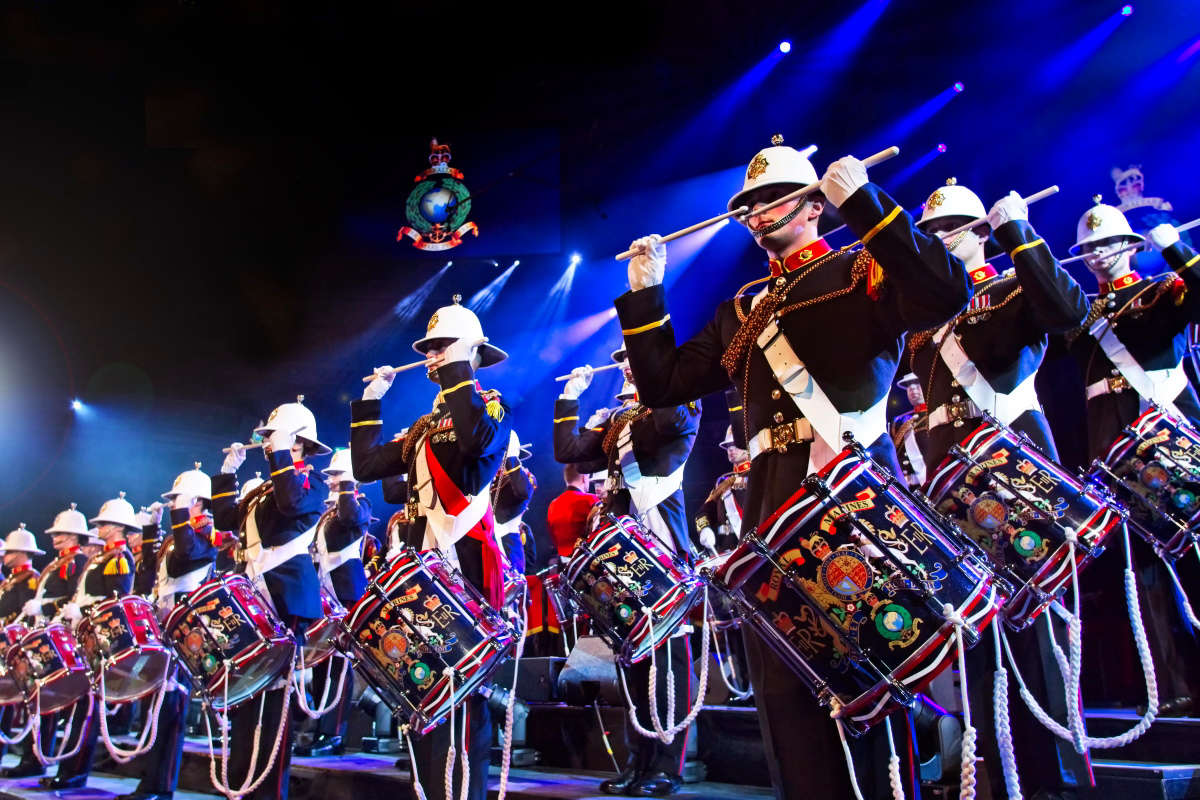 The Armed Forces Day national event celebrations on Saturday 25 June in Scarborough will continue into the evening at Scarborough Spa, with a special performance from the Band of Her Majesty’s Royal Marines Collingwood.

The Band of Her Majesty’s Royal Marines Collingwood is part of one of the world’s most versatile and entertaining military music organisations, the Royal Marines Band Service.

With a rich heritage and a programme encompassing everything from the traditional, soloists, pop and classics, there promises to be something for everyone.

The show starts at 7.30pm and will be an entertaining evening of diverse and enjoyable music, bringing the Armed Forces Day national event to a close.

The Armed Forces Day National Event Evening Concert has been made possible by sponsorship from Parkdean Resorts, one of the official partners for next month’s celebration.

"What better way to round off what promises to be a spectacular Armed Forces Day than with the sounds of the Band of Her Majesty’s Royal Marines Collingwood in the glorious setting of Scarborough Spa.

"We're very excited to finally welcome the Armed Forces Day national event to Scarborough with a packed programme of events for people of all ages to enjoy.

"I want to say a special thank you to Parkdean Resorts UK, whose generosity in sponsoring this concert has allowed us to add the show to the day's festivities."

“As a proud signatory of the Armed Forces Covenant, and a Silver Award achiever in the Defence Employer Recognition Scheme, we are thrilled to be a key partner of Armed Forces Day 2022.

“As a business, we very much recognise and value the role of the UK’s Armed Forces, those who serve and have served, and their families for providing unwavering support.

“We champion the Armed Forces community, employing many veterans, reservists and volunteers, and are rewarded by the impressive skillset that they bring to our business.

“We are delighted to sponsor the Armed Forces Day National Event Evening Concert, performed by the Band of Her Majesty’s Royal Marines Collingwood.

“Sponsoring this event is a great opportunity for us to show how proud we are to support our service people and thank them for their tremendous contribution to our country.”

The concert is in support of the Royal British Legion (Registered Charity No 219279).

The Armed Forces Day national event 2022 takes place on Saturday 25 June in North and South Bay, Scarborough. To keep up to date with the latest news and full programme of events visit scarborougharmedforcesday.co.uk.