Pirates Arriving in Burniston and Cloughton 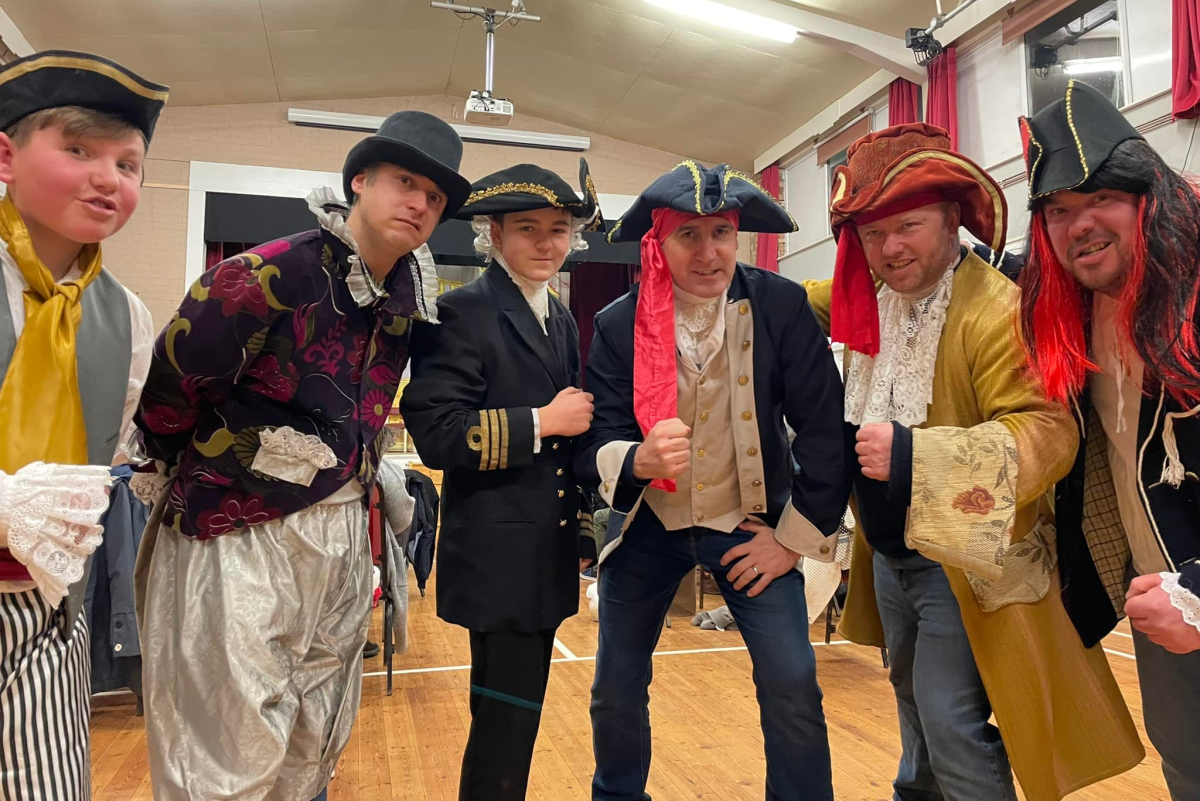 The Burniston and Cloughton Pantomime cast are preparing for their 20th show and this year it’s Treasure Island.

The popular panto had to miss last year owing to restrictions on social gatherings, but the cast are back in full force and ready to entertain.

The Pantomime will run from Wednesday 2nd March to Saturday 5th with Long John Silver, his Pirates and the local Women’s Institute going in search of treasure.

Liz Fettes has been director since 2016 and explains that Treasure Island is the perfect evening (or afternoon) out for the family.

“Our pantomimes are always great fun! We want people to come along and join in, laugh, sing, and have a fantastic  time. Treasure Island is ideal for families, and we attract audiences from far and wide.  Everyone loves seeing familiar local faces on the stage and we always sell out, so I’d advise people to buy their tickets as soon as possible.

“The local panto is a great introduction to the stage. This is the sixth pantomime I’ve had the pleasure in directing but before this I was always treading the boards and have had various principal roles over the years. This years’ cast includes 17 children from local primary and secondary schools and principal girl and boy are being played by Askham Bryan College student Phoebe Moss and local sixth former Sam Mensah. Some of the cast have been involved with the pantomime since the inaugural performance 22 years ago.”

The performers have been entertaining locals since 2000 when Old Father Time, a pantomime which was specifically written to celebrate the Millennium was performed in Burniston Village Hall

The pantomime always takes place in February or early March, originally this was to avoid a clash with the Scalby Village panto which was held in December, and the tradition has continued.

Burniston and Cloughton Pantomime will run from Wednesday 2nd March to Saturday 5th. Performances start at 7pm and there is an additional Saturday matinee at 2pm.