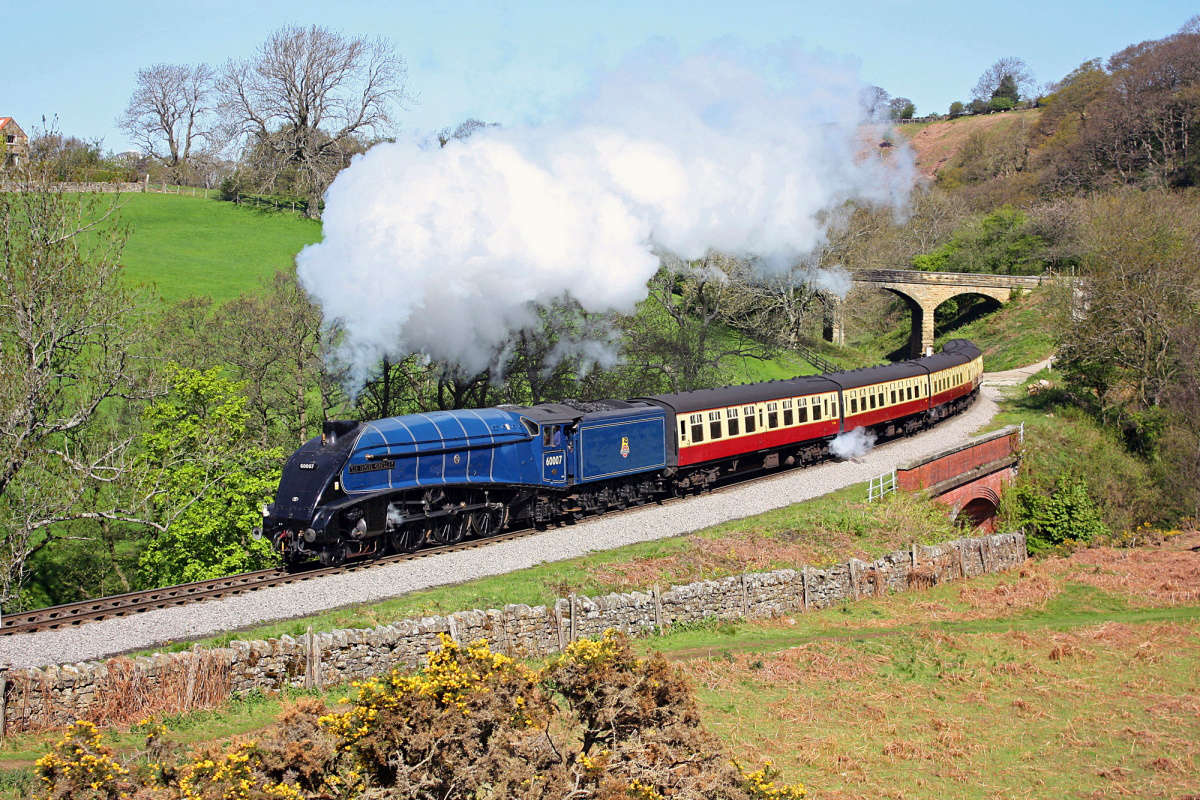 The North Yorkshire Moors Railway (NYMR) has confirmed 12 locomotives for its Annual Steam Gala, including its first of two visiting headliners.

The four-day celebration of steam takes place this autumn from 22nd to 25th September and will see some iconic guest engines on show alongside the NYMR’s home fleet of engines.

The first guest is LNER A4 ‘Sir Nigel Gresley’ No. 60007, fresh from overhaul and will be back in British Rail blue livery, marking 85 years since it originally entered service in November 1937.  A second visiting engine is to be announced later this summer.

The Steam Gala features an intensive timetable with services starting at 9am everyday until 7pm with special late extended services also available until 10.30pm on Friday 23rd September and Saturday 24th September.  In addition to witnessing the incredible steam locos along the 18 miles of scenery, from wooded valleys to beautiful countryside through the breathtaking North York Moors National Park, there will also be the opportunity to travel by steam, along the national network, with steam services to Whitby.

The event will also see the return of the Annual Steam Gala Beer Festival at Goathland and Levisham stations with a selection of real ales and ciders from local breweries such as Helmsley Brewing Co. and Whitby Brewery. At Levisham Station there’ll be a demonstration shunting trains and vintage stationary engine display; Pickering Station will host an array of trade stalls featuring railway memorabilia and model railways and at Grosmont Station visitors will be able to visit the engine shed and see some of the restoration projects taking place.

“The Steam Gala is without a doubt one of our favourite events in the calendar, and this year will be no different as we look forward to welcoming two iconic visiting steam engines for our guests to enjoy - especially Sir Nigel Gresley which has recently undergone a 10-year overhaul. Tickets for this much-loved event usually fly out the door, and is a great opportunity to see so many locomotives in steam. So be sure to bag yourself a ticket and we’ll see you all in September!”

For further information of the locomotives taking part in the Annual Steam Gala and for information on tickets which are now on sale visit, nymr.co.uk/steam-gala