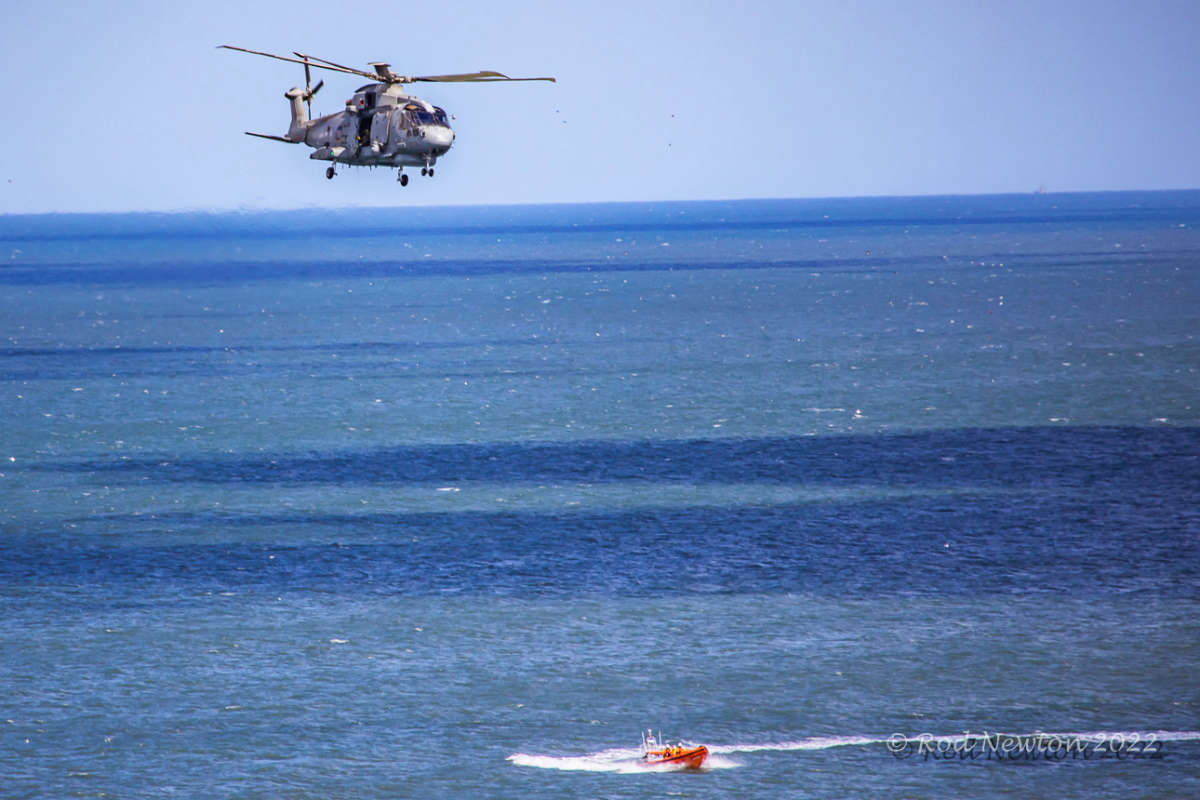 Volunteer lifeboat crew had the opportunity to undertake a joint exercise on Sunday June 26 with the crew of a Royal Navy Merlin HM Mk2 helicopter from Royal Naval Air Station Culdrose.

The Cornish helicopter was in the area, temporarily stationed at Humberside Airport, to take part in the Armed Forces day, which was held in Scarborough the previous day.

The exercise, which was authorised by the Ministry of Defence and the RNLI, had been requested by one of the Royal Navy Air crew, who was a local man who had previously served as volunteer crew with Flamborough RNLI.

Air crew visited the station on Saturday evening for an exercise briefing with Lifeboat volunteer crew, where details of the proposed exercise were discussed.

During the exercise which took place off North Landing and Speeton, several volunteer RNLI crew members were winched from Flamborough Lifeboat B-820 Elizabeth Jane Palmer, on to the Merlin helicopter.

'It was an extremely worth while exercise, valuable training experience for crew members'.

'It was good to work alongside Royal Navy personnel on such a valuable exercise. The professionalism and teamwork of both crews was second to none'.

RNAS Culdrose – just outside Helston on the Lizard Peninsula – is one of the largest helicopter bases in Europe and home to the Royal Navy’s maritime Merlins helicopters.