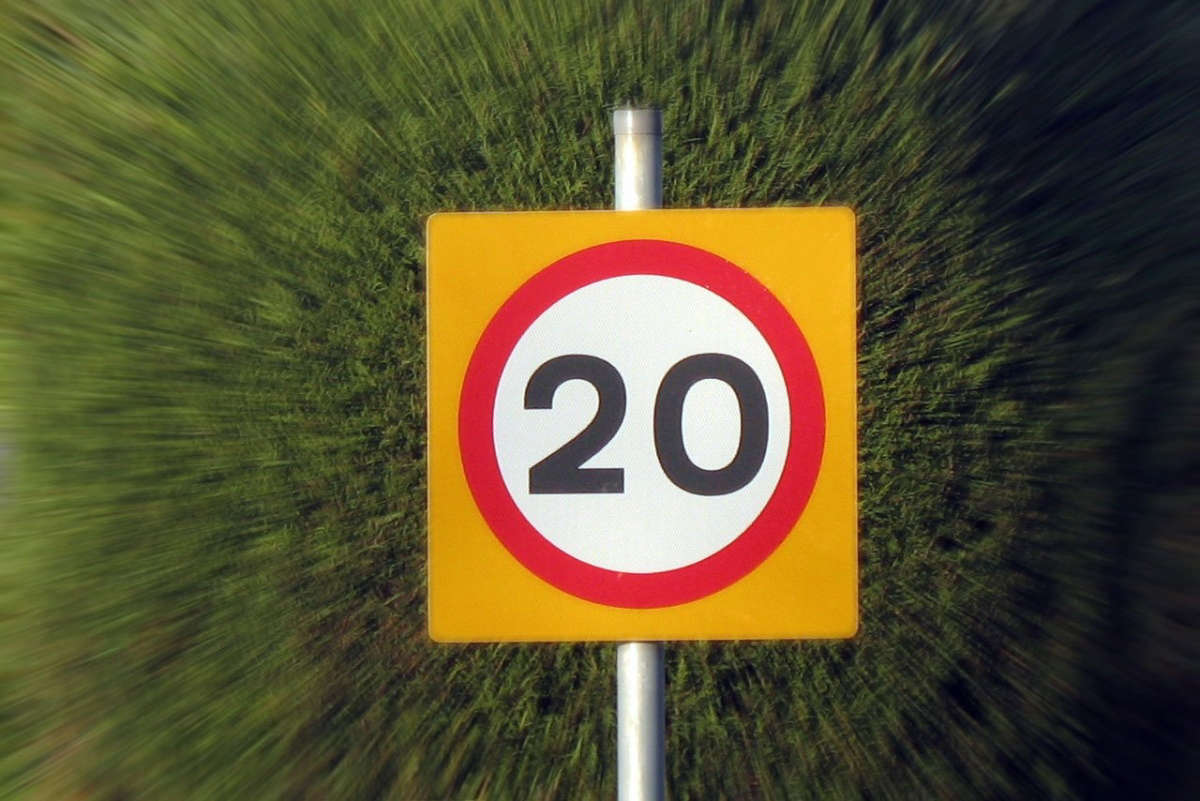 The County Council will continue with a targetted approach to introducing more 20mph zones.

Calls to introduce a default 20mph speed limit in built-up areas across North Yorkshire have been unanimously dismissed after the highways authority said it would focus spending its road safety funding on areas it could make a bigger impact.

Councillors at yesterday's meeting heard that the county already has some of the safest roads in the country.

Councillor Andrew Lee highlighted concerns about the costs of introducing a blanket 20 mile per hour limit.

The meeting saw a series of changes made to the authority’s 20mph policy and agreement among all the leading councillors that the targeted approach to low speed zones be continued as a blanket approach could cost up to £12m to introduce, leading to a council tax hike.

Councillor Patrick Milligan said he would like to see more 20mph zones around schools, but said that a targeted approach to 20mph zones rather than a blanket rule was his preferred approach.

The meeting heard from numerous pressure groups, parish councils and residents who claimed the authority was out of step with both a growing national and local desire to lower 30mph limits in towns and villages.

Ian Conlon, of the 20s Plenty campaign told the meeting some 59 parish councils in the county had voted for 20mph limits.

“Parish councils are your eyes and ears to the ground by reporting ongoing problems with.”

He emphasised that perception of danger was important, rather than just accident statistics which the council appeared to rely on.

The meeting heard Department for Transport figures highlighted that each fatality costed the public purse some £2m and serious injuries about £250,000.

Mick Johnston, of Thirsk and Malton Labour Party, said the council needed to undertake a “radical rethink” rather than looking at old government circulars and outdated reports, and end the “interminable process of application an assessment” for residents wanting 20mph zones introduced.

Susan Woodhall, Monk Fryston Parish Council chair, added with the current 30mph limit it was extremely difficult for residents to cross the A63 safely to reach key facilities in the village.

After suggestions that numerous groups had been overlooked by the council’s review, officers said North Yorkshire’s policy was consistent with national guidelines and that the review had been thorough.

the council’s executive member for access, Councillor Don Mackenzie said the county’s roads were becoming safer and safer, and 20mph zones should only be created on a case by case basis.

He said the available money for road safety should be focused on exceptions, such as young and older drivers, motorcyclists, cyclists and drink and drug drivers.

Councillor McKenzie said he felt 20mph zones would only be effective if they were introduced along with things like speed humps and more enforcement action from the police.

He also suggested that a decision on 20mph zones should be left to the new North Yorkshire unitary council which will replace the county and borough councils next year.

The county council say that the revised 20mph Speed Limit Policy willl place a greater focus on active, sustainable travel, such as cycling and walking, and encouraging a sense of place.

"The revised policy, which follows a review and recommendations by the council’s Transport, Economy and Environment Overview and Scrutiny Committee, will continue to support 20mph limits and zones where appropriate, taking a targeted, evidence-based approach, while broadening its scope to recognise the importance of community and social interaction. "

Councillors were assured that speed limits would continue to be considered where appropriate and that should investigations reveal locations with a history of speed-related collisions that would benefit from a reduced limit, including 20mph speed limits, such measures would be taken forward. The Council’s approach remains consistent with national Government guidance and the Government’s latest report into the effectiveness of 20mph limits and zones.

There was also an assurance that for new developments, lower speed limits and enhancing the sense of place was built into the County Council’s approach as local highway authority, as part of the planning process.