Thousand Ships Art Installation as part of The Odyssey project 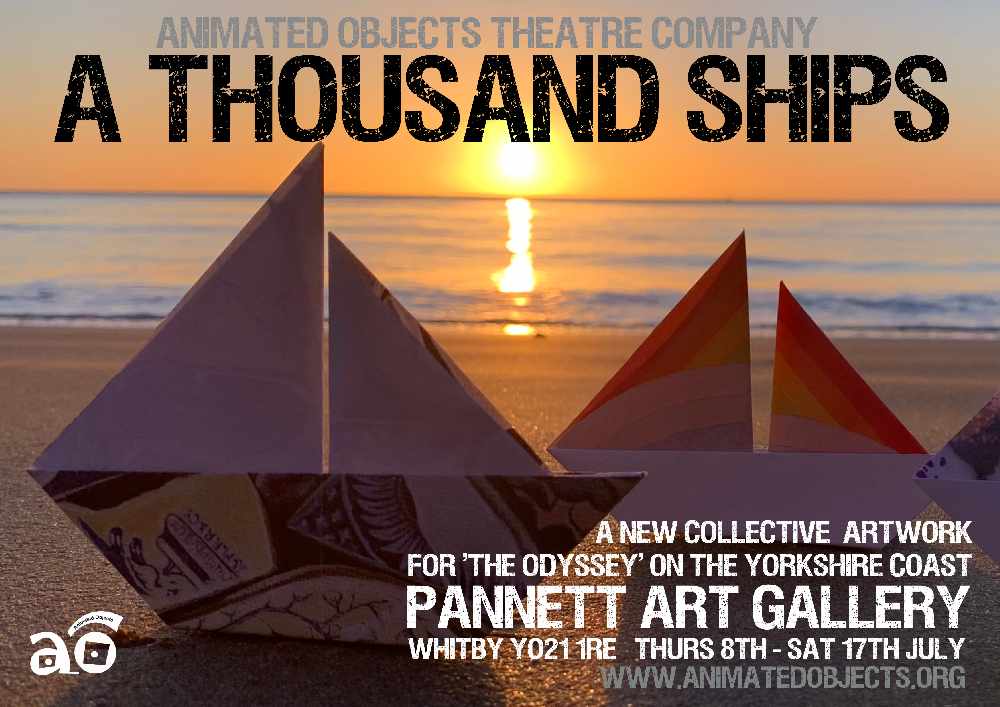 ‘A Thousand Ships’ - featuring a fleet of origami ships folded by people who live and work on our coast will be touring to towns along the Yorkshire Coast in July and September as part of ‘The Odyssey.

The inspiration behind the community-based art project comes from the famous quote by Christopher Marlowe; 'Helen of Troy - the face that launched a thousand ships' which saw Helen's tragic love affair with Paris of Troy set in motion the conflict that caused the Trojan wars.

The project, which is coming to various venues on the Yorkshire Coast this summer, will represent the fleet of a thousand ships that sailed to reclaim her, a powerful scene that will be brought to life in current day by a collective artwork featuring colourful paper ships, folded by members of the public.

The collaborative project, has so far seen over 150 families and individuals from up and down the Yorkshire Coast get involved with more expected between now and the launch.

The exhibition will be touring the Yorkshire coast and will be coming to:

The paper ships are all made on specially printed origami paper created by artists based on the Yorkshire Coast. Each image is inspired by the coast and can be folded in different ways to produce a range of completed ships.

More details for this venue

The event runs from 10:00am to 5:00pm on the following dates.
Select a date to add this event to your calendar app.